During peak hours on June 5th, 6th and 7th, from 5pm to 9 pm, in one of the busy shopping malls in Dubai, Emborg took part in awarding the UAE Supermom, 2014.

This is the 4th time the event takes place and like before, it got a lot of publicity on social media and press. Prior to the event, the competition was announced on TV, radio, in supermarkets and in one of the national news papers, where it was announced as the 2014 Emborg Supermom event.

As part of the competition, the participants had to cook a dish, using Emborg products, which they had to show on stage, whilst describing which Emborg ingredient was used. The Uhrenholt team sampled cheese and vegetables to thousands of mall visitors during the 3 days.

It was a great success. A success we will continue in our efforts to further engage with our consumers in the region. 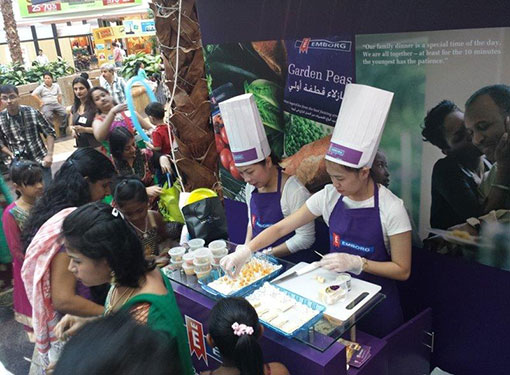