Emborg has been a well-known premium brand in the United Arabic Emirates for decades and was in 2001 awarded the status of Superbrand for the first time. The Superbrands organisation is acknowledged worldwide for being an independent authority and arbiter of branding excellence.

Superbrands are committed to paying tribute to exceptional brands and promoting the discipline of branding. In 2011, Emborg was again awarded the prestigious status of Superbrand. The recognition continued in the years 2012, 2013, 2014, 2015 and 2017. With pride, we can now say that Emborg has retained Superbrand status seven times all together.

Appreciation goes to our team in the UAE – excellent work, well done! 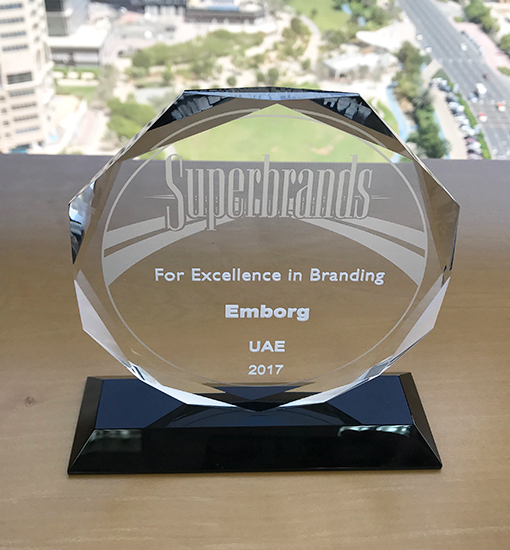 Read more about the Emborg brand